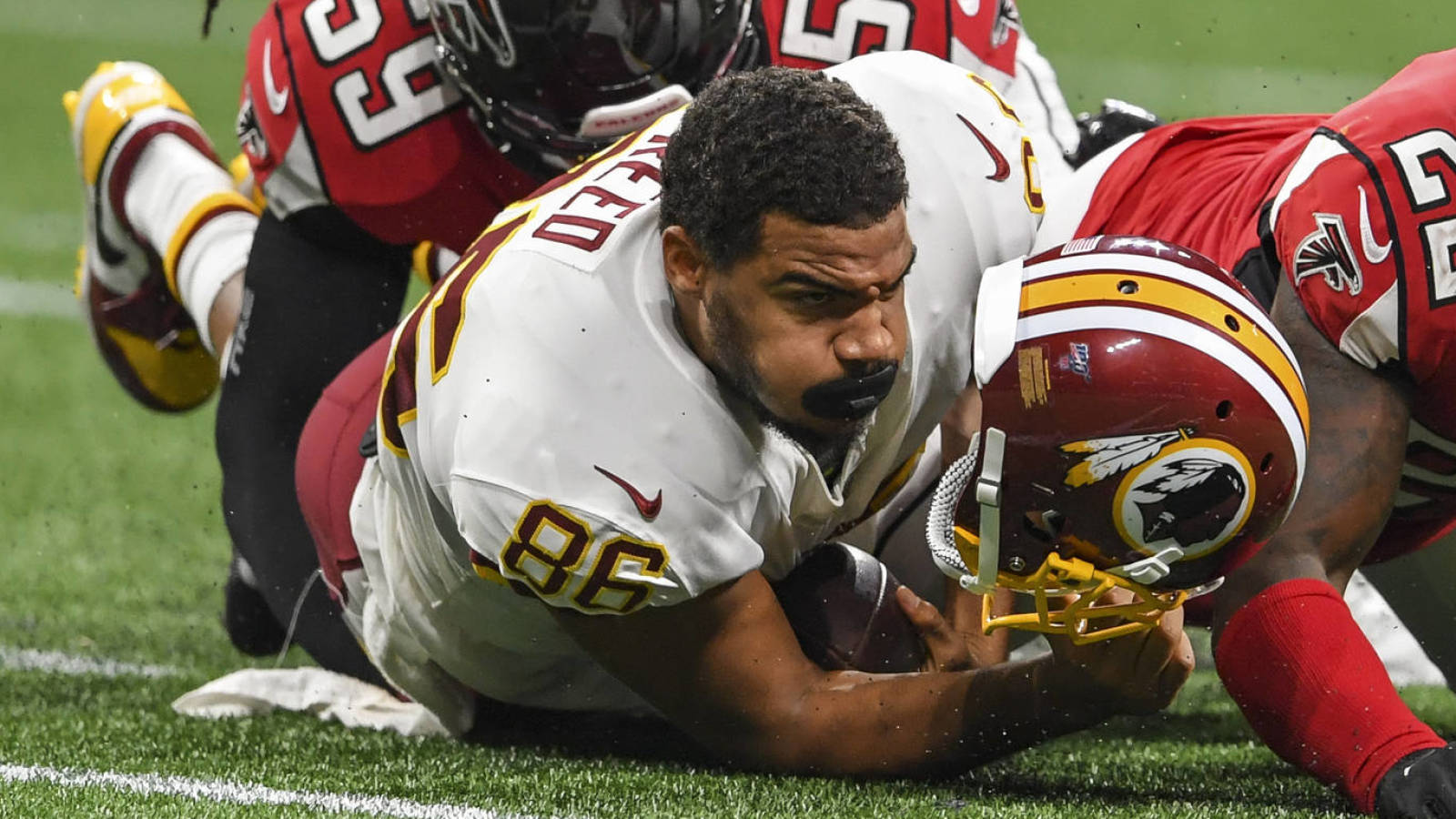 Redskins tight end Jordan Reed has landed in the NFL’s concussion protocol, according to Ian Rapoport of NFL.com (on Twitter). There’s no further update on his status just yet, but it’s troubling to hear as this is at least the fourth known concussion of his pro career.

Reed, 29, is among the league’s most talented tight ends, when healthy. However, injuries — including head trauma — have been a major issue for him through his career. In his six NFL seasons, Reed has missed 31 regular-season games.

Reed missed much of the 2017 season with a hamstring injury but bounced back last year to haul in 54 catches for 558 yards and two scores across 13 games. Prior to that, he lost time due to concussions in 2013 and 2016.