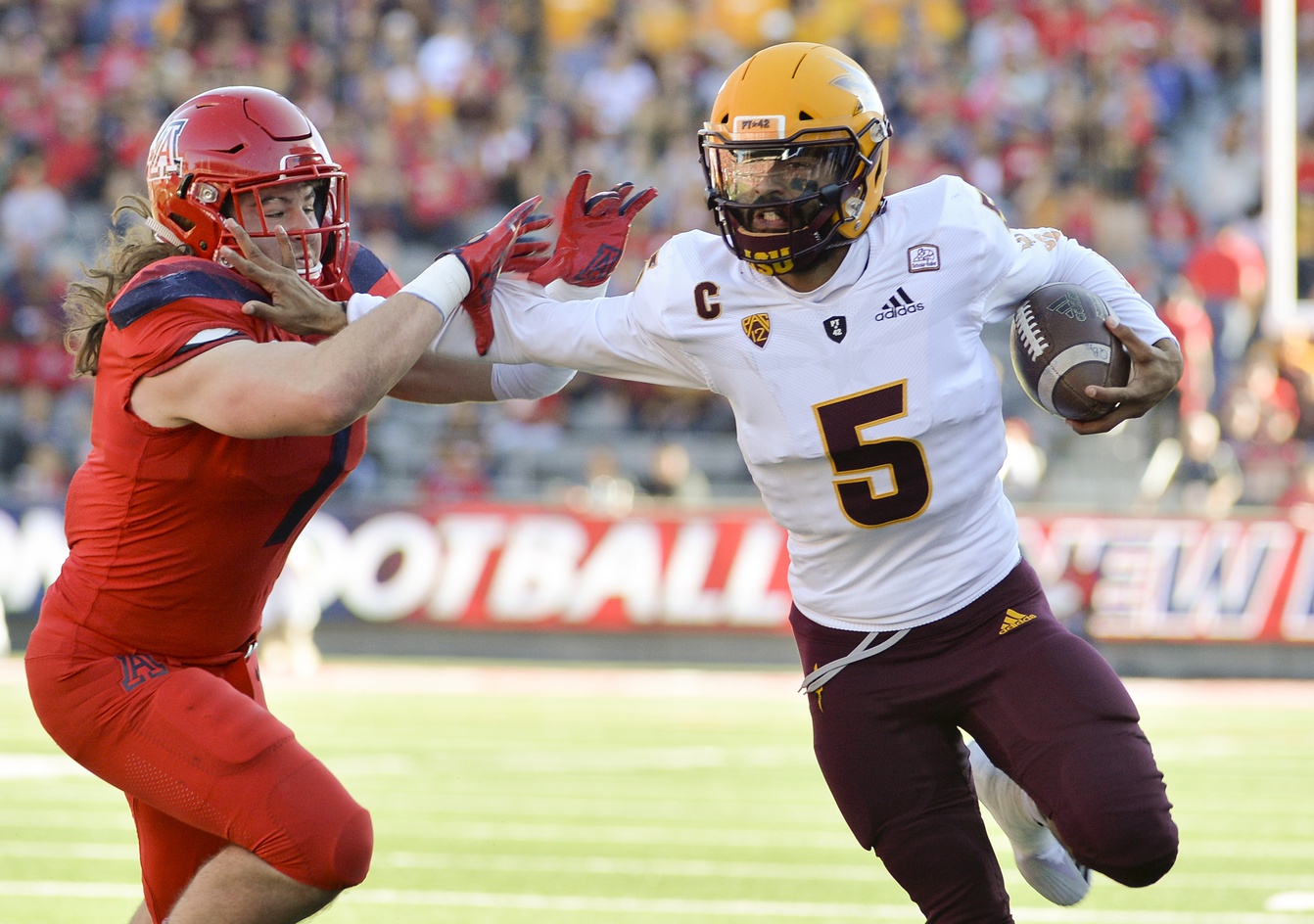 The Packers have a long, successful history when it comes to undrafted rookies making the 53-man roster. Sometimes they start out on the practice squad, but when they get their chance to shine they make the most of it. Perhaps one of the most impactful undrafted stories ever is that of Tramon Williams, who was undrafted out of Louisiana Tech in 2007.

Williams made it onto the 53-man roster and started one game for the team in 2007. That first season he had one interception and four passes defensed. His best season, however, came during the team’s 2010 Super Bowl run. Fans will remember Williams’ big-time plays in the playoffs. That was Williams’ first season starting all 16 games for the Packers, and he had six interceptions with a whopping 20 passes defensed.

Williams will enter the 2019 season at 36-years-old, and he’s still a mainstay in the Packers’ secondary. It doesn’t get much more impressive than that.

Geronimo Allison is a more-recent example of an undrafted player finding success in Green Bay. Allison was undrafted out of Illinois in 2016 and was added to the 53-man roster in October of that same season from the practice squad.

Allison’s breakout performance perhaps came in 2017 against the Cincinnati Bengals, once he returned from his one-game suspension and was added back to the 53-man roster for his second season. Against the Bengals, Allison had six receptions for 122 yards, including a monster completion in overtime that put the Packers inside field goal range.

Allison will enter the 2019 season firmly planted in the starting lineup. Whether he’s listed as wide receiver two or wide receiver three is uncertain, but he’s likely a favorite for the starting slot role. Before an unfortunate string of injuries landed Allison on injured reserve to finish out the 2018 season, he had totaled 20 receptions for 303 yards with a 15.2 yards per catch average and two touchdowns. Those are promising numbers for a receiver sharing a room with three second-year draft picks. Had Allison been able to play a full season, he was on pace for over 1,000 receiving yards and eight touchdowns.

The Packers have high expectations for both Williams and Allison heading into 2019. A few other notable names include Raven Greene and Lane Taylor.

Raven Greene, undrafted out of James Madison in 2018, made the initial 53-man roster right out of training camp, and while he didn’t start in any games, he played in eight for Green Bay, primarily on special teams. In fact, Greene was responsible for a fake punt conversion against the Miami Dolphins midway through the season. As the season progressed, Greene’s snaps increased due to injuries at the safety position.

This year, Greene is poised for a big year in the rotation behind starting safeties Darnell Savage and Adrian Amos. In his first year with Green Bay, Greene broke up one pass, forced one fumble, and recorded one sack. He enters training camp pretty comfortably as a rotational player both on defense and on special teams. (Tony Brown of Alabama also gets an honorable mention as an undrafted rookie in Greene’s same class. He played in 11 games, starting three of them, and had five passes defensed with two forced fumbles and 34 total tackles).

Finally, Lane Taylor earns his place on this list as a mainstay on the team’s offensive line. Undrafted out of Oklahoma State in 2013, Taylor performed in a variety of backup roles along the line before the Packers shockingly released starter Josh Sitton in 2016. Taylor filled in at left guard in his place and has been ever since, even battling through injuries to do so.

Yosh Nijman has to top this list. The undrafted rookie out of Virginia Tech measures in at 6-7, 314lbs. Nijman boasts an incredible relative athletic score (RAS) of 9.8 with elite measurements in every category except weight and the three-cone drill. Picture a 6-7 offensive tackle running a 4.88 40-yard dash. That’s Yosh Nijman. Nijman finds himself in a favorable position this offseason, as the Packers lack real depth at the tackle positions. While Jason Spriggs is the likely candidate initially, he hasn’t had much success in his extended looks. Aside from Alex Light (who was an undrafted player to make the 53 last season), there aren’t many other true tackles in camp that will push Nijman for a roster spot. Assuming he stays healthy and his athleticism shines through during the preseason, Nijman has a good shot at the roster.

Another name to keep an eye on is Curtis Bolton, inside linebacker out of Oklahoma. Bolton was selected honorable mention All-Big 12 his senior year, his only season as a starter. He averaged 9.9 tackles per game and recorded a career high 139 tackles with 4.5 sacks in 2018.

Like Nijman, Bolton finds himself in a position without much depth. The Packers have Blake Martinez and Oren Burks as the surefire starters at the inside linebacker position, but besides seventh-round draft pick Ty Summers and returning second-year player James Crawford, who also made a name for himself as a special teamer, there isn’t a ton of competition at ILB.

While Bolton does have the disadvantage of competing against a draft pick, which may give Summers priority if the two perform similarly, Bolton’s stats are impressive in their own right, and if he shows up during the preseason, it’s fully possible the Packers will give him a spot on the 53, whether he’s starting on special teams or in rotational packages on defense.

Next is skill player Darrius Shepherd who has a shot at the 53-man roster through a couple of different avenues. Shepherd played for North Dakota State and is an intriguing option both at wide receiver and as a returner on special teams. Shepherd recorded 188 receptions for 2,841 yards during his Bison career, along with 20 touchdowns. In addition to his pass-catching prowess, he also rushed for 219 yards with a 7.1 yard average.

Shepherd is the shortest receiver on the roster and the only one under 6-0. While Head Coach Matt LaFleur has already said he’ll utilize all of his receivers in a variety of ways, Shepherd does have a more traditional slot receiver frame.

If Shepherd doesn’t crack the 53-man roster based on his receiving abilities alone, his special teams skills could be enough to get him a spot. Should the team decide to move on from Trevor Davis, Shepherd gives them nice insurance given the punt returner role he played in college. For the Bison, Shepherd returned 44 punts for 578 yards and one touchdown, giving him a 13.1 yard average.

Finally, as per tradition, the Packers have added a fourth quarterback to the roster to bolster competition during training camp and the preseason. The Packers traded for DeShone Kizer and liked undrafted rookie Tim Boyle enough to keep him locked on the 53-man roster all season, so Manny Wilkins out of Arizona State likely has the steepest hill to climb if he wants a shot at the final roster.

Wilkins has a lot to prove if he wants a shot at the roster, even with the Packers’ tendency to keep three QBs on the roster in recent seasons. With that said, his collegiate stats make him a fun prospect to keep an eye on once the preseason rolls around in under a month.

Every year, undrafted rookies make a name for themselves in training camp and during the preseason. With a great pool of undrafted talent coming to Green Bay in a few weeks to kick off camp, it’s likely the same will be true again this season, too.