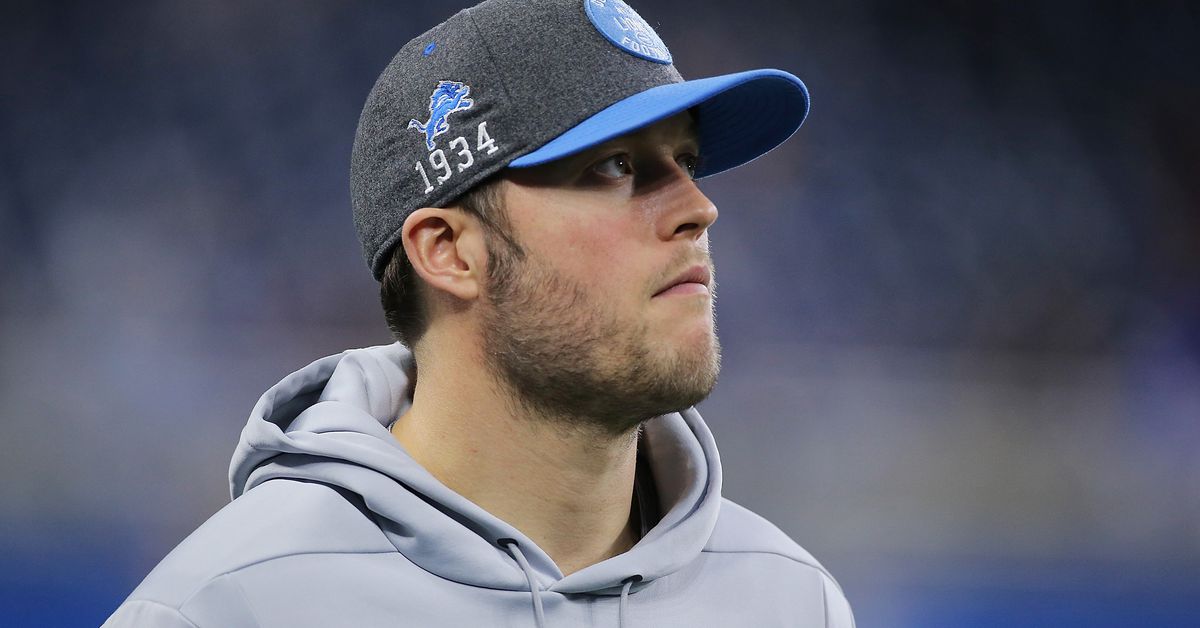 Overnight, Bernie Smilovitz of Detroit’s Local 4 reported that the Detroit Lions have been in trade talks surrounding Matthew Stafford “for a couple of weeks.” This is the first substantial report surround Stafford trade rumors that have subsisted for several years now. Smilovitz is a local reporter that has had very intimate conversations with Staffords, which may give this report some legitimacy.

However, Lions general manager Bob Quinn told the Detroit Free Press that this report is “100 % False!!” with the exclamation points and everything.

At this point, it’s simply up to who you believe. Common sense follows that there is no legitimacy to the rumor. Even if we were to ignore the fact that the Lions would have to eat $32 million in dead cap and that the Lions recently restructured his deal so that it would cost even more to get rid of him, trading Stafford this offseason would also mean they plan on playing the presumed rookie they would draft with the third overall pick.

If that quarterback is Tua Tagovailoa, the team would be taking an enormous risk given the Alabama quarterback’s current health situation. Even his own agent told the Detroit Free Press that the best case scenario for Tagovailoa would be to sit his rookie year.

Making such a substantial move like this would also put the jobs of Quinn and head coach Matt Patricia at risk, given ownership expects 2020 to be a year in which the Lions are in playoff contention. That sort of immediate expectations would seemingly put an end to any doubt about Stafford’s future.

Just spoke to a @Lions team official and can confirm @davebirkett story on Stafford. Reports of the team trading Stafford are “100% false”.