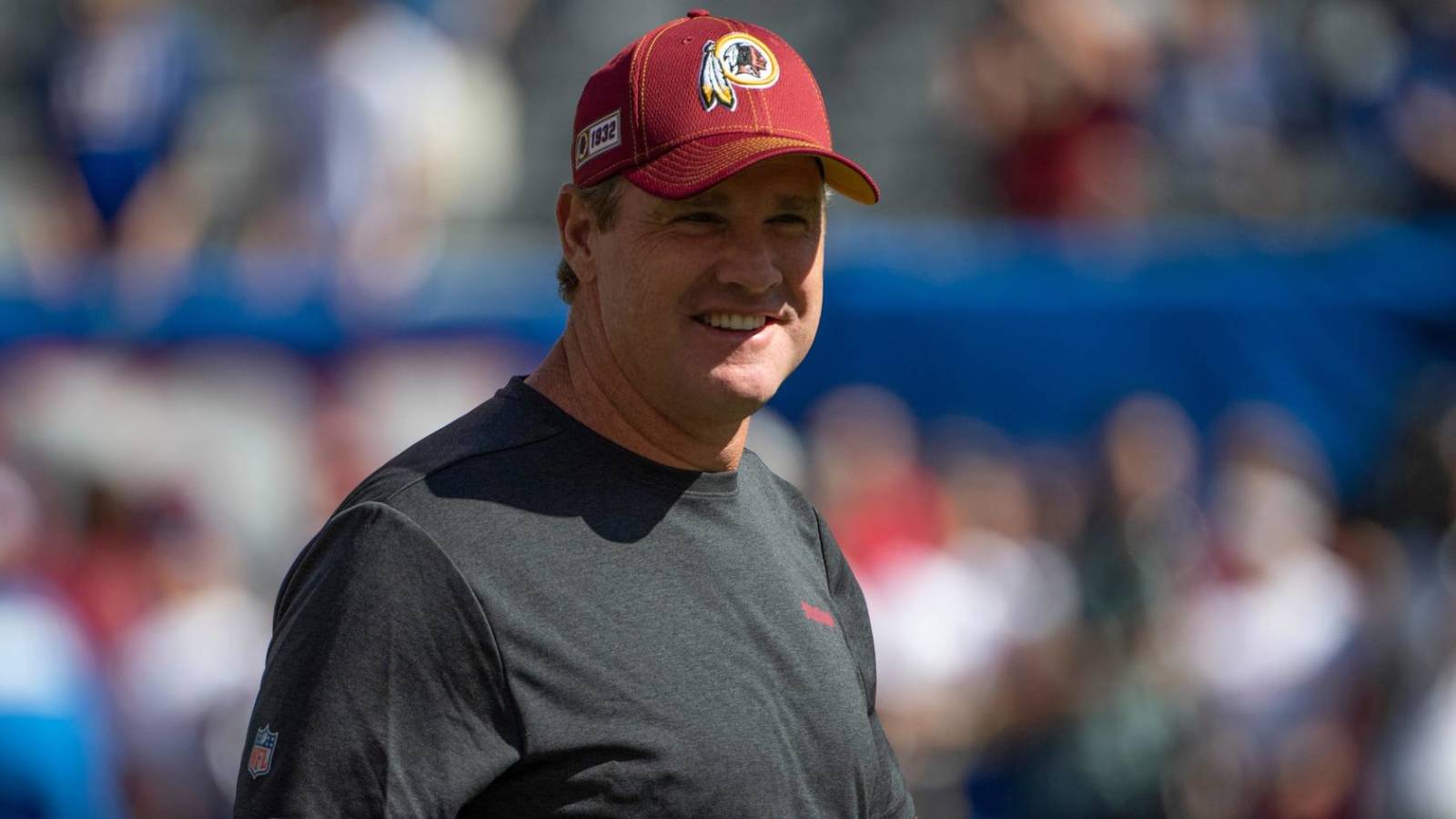 Jay Gruden opted to spend his first Sunday following his dismissal by Washington on the golf course instead of watching his former team, which coincidentally or not notched their first win of the season.

Making an appearance this week on “The Dan Le Batard Show with Stugotz,” Gruden shared how he’s handling the early stages of unemployment and opened up a bit on what exactly went wrong during his ultimately doomed tenure in D.C.

As far as how Gruden spent Sunday, it arguably should not come as a surprise that he spent it as far away from the team and the NFL as possible.

“I didn’t watch it, actually, “ Gruden said of Washington’s 17-16 victory over the hapless Miami Dolphins. “I was playing golf. I thought that first Sunday was gonna be hard, so I decided to go out on the golf course … a couple of buddies of mine, had a good day. I was happy for some of the players and a few of the coaches that got their first win.”

It remains to be seen what the future holds for Gruden. In the short term, it is believed he could land on brother Jon Gruden’s Oakland Raiders staff or join his former Washington assistant Sean McVay with the Los Angeles Rams.

In the interim, Gruden indicated he’s keeping his options open, although he did mention an interest in possibly getting into the media side of things, albeit while making self-deprecating joke.

Gruden did go on to say that ultimately he envisions a return to coaching. Whether or not he’ll get another opportunity to serve as a head coach of an NFL team remains to be seen.

What Gruden does have working in his favor on that front, however, is front offices around the league presumably recognize that little can be ascertained about a coach from how they performed amid the overwhelming dysfunction that has long plagued the Washington organization.