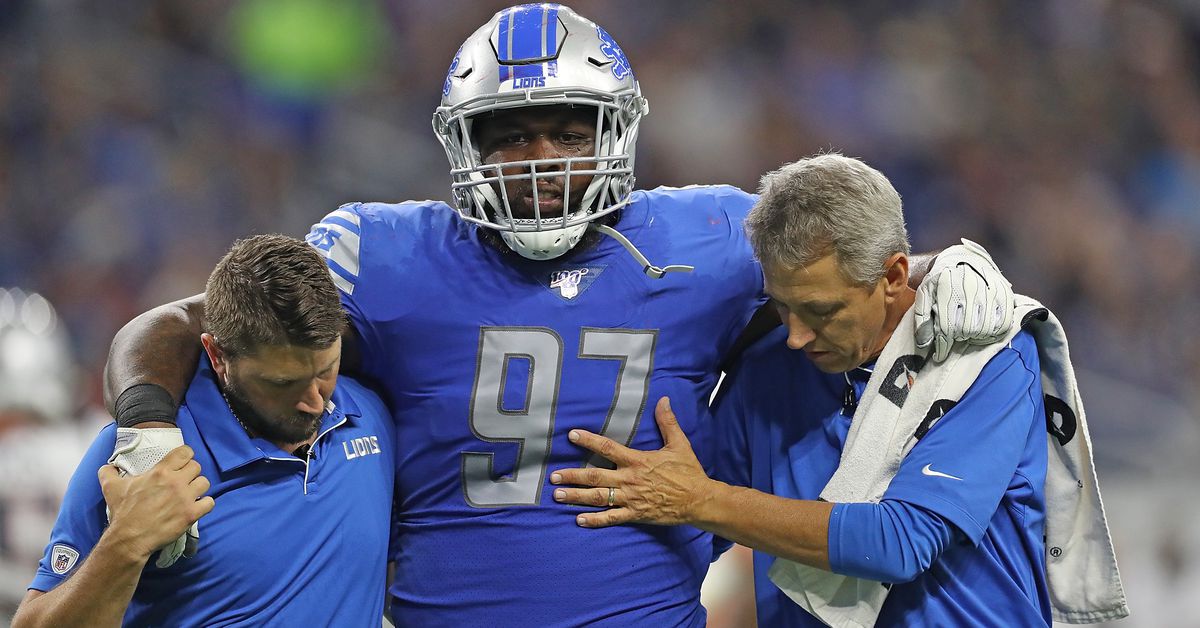 No position on the Detroit Lions roster could go through more changes this offseason than defensive tackle. A’Shawn Robinson and Mike Daniels are facing free agency, while Damon Harrison Sr. is currently contemplating retirement.

Regardless of how those situations shake out, the Lions will be on the search for more talent at the position. However, there is one forgotten option from 2019 that could help with the team’s depth.

Previously in this series:

The Lions signed Kilgo shortly after the 2019 NFL Draft, hoping to help bolster a strong, but thin position group. Kilgo had previous experience with Matt Patricia, spending a couple months with the New England Patriots in 2016, including a practice squad stay during their Super Bowl 51 victory.

Having never started an NFL game in his career, Kilgo wasn’t assumed to be a significant piece of the Lions’ roster, but his familiarity with Patricia and the defensive scheme made him a strong candidate to make the 53-man roster and potentially be the backup to Damon Harrison Sr.

Unfortunately, Kilgo suffered an injury during the first preseason game and was placed on injured reserve shortly thereafter. The nature of the injury is unknown, but it may be telling that the Lions kept him on IR rather than releasing him with an injury settlement.

What should the Lions do with him?

The case for re-signing:

Regardless of whether Snacks returns or not, the Lions will need nose tackle depth for 2020. As of right now, they do have John Atkins signed through 2020, but his play left a lot to be desired in 2019 (49.2 PFF grade).

Kilgo, himself, hasn’t been amazing anywhere he’s gone, but he’s been, at the very least, a reliable run stuffer. Patricia must have seen something he liked in Kilgo, otherwise the team never would have brought him aboard in the first place.

Last year, the Lions got Kilgo on a one-year $720,000 contract. If they can bring him back on that sort of deal, it’s a no-risk, medium-rewards situation for the Lions. Worst comes to worse, they move on in training camp. Best case scenario, he becomes an adequate backup that receives a handful of snaps in 2020.

The case against re-signing:

The Lions seem to like Atkins quite a bit, and you never know how a player is going to respond after suffering a season-ending injury. Overall, Kilgo is a replacement-level player that Detroit could really find anywhere.

At this point, I’m fine with the Lions taking the shotgun approach at defensive tackle. In other words, just grab as many as you can find and hopefully one works out. Kilgo could certainly be that guy, and I don’t see the problem in bringing a player like that back, as long as he’s both willing and able.

What should the Lions do with Darius Kilgo?