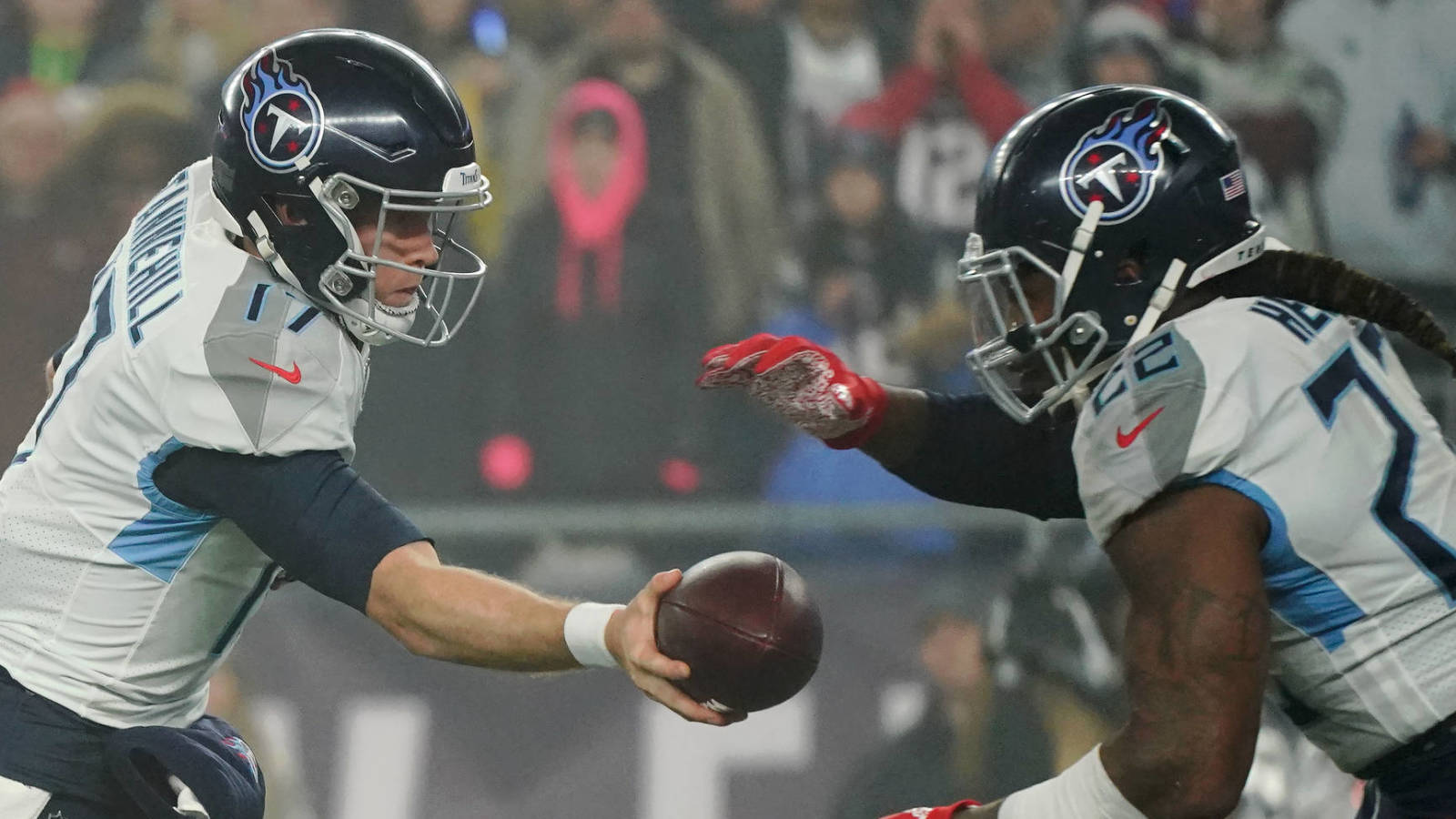 The five-point spread said it all heading into Tennessee’s wild-card showdown with the New England Patriots. Despite the Titans’ high-powered offense, and the Patriots’ astonishing late collapse against Miami in Week 17, the “experts” assumed Tom Brady and Bill Belichick would do what they almost always do at home in the playoffs: win.

What happened instead was a 20-13 bludgeoning of the Patriots by the Titans. Yet despite dealing New England only its fourth home playoff loss in the Brady-Belichick era, Tennessee opens as a 10-point underdog against the Baltimore Ravens on Saturday night. But there are many reasons why the Titans can pull a second straight stunner on the road, and not all of them have to do with The Human Bulldozer, Derrick Henry. He is a good place to start, though.

Henry, the NFL’s rushing champion, dominated New England, rushing for a playoff franchise-record 182 yards, 138 after first contact, per Pro Football Focus. That’s unsurprising, as Henry led the league with 973 yards after contact, and had the highest yards after contact per attempt.

Tennessee’s offensive line also throttled the Patriots, regularly opening sizable holes despite New England using an eight-man front on 26.4 percent of Henry’s carries, according to NFL Next Gen Stats. Provided his body holds up, Henry should have another big game against a Baltimore defense that has one Achilles heel: defending the run. The Ravens are 21st in the league in yards per carry allowed (4.4).

Baltimore’s only two losses this season came in Weeks 3 and 4, when the Chiefs ran for 140 yards on them, and Nick Chubb and the Browns followed up with 193. The Ravens can game-plan to stop Henry all they want, but Belichick and the Patriots tried, and failed. They were bullied.

The 6-3, 250-pound Henry is the biggest reason why the Titans are dangerous, but their defense also is formidable. The New England game turned when the Titans stuffed the Patriots three straight times from the 1-yard line, holding them to a field goal. A Patriots touchdown seemed a foregone conclusion, but instead there was a clear momentum shift, one that propelled Tennessee to the winning touchdown on its next drive.

The goal-line stand was old-school, tough-guy football, and served notice how strong the Titans are defensively. Unlike Baltimore, Tennessee (10-7) has proved it can stop the run. The Titans are seventh in the league in yards per carry allowed (4.0), and advanced metrics are even more kind. Pro Football Focus gave Tennessee an 85.6 rush defense grade for the season, the best figure of any playoff team and third best in the NFL.

Tennessee’s defense has playmakers all over. Linebacker Rashaan Evans had three tackles for loss against New England, and safety Kenny Vaccaro added two. Cornerback Adoree Jackson returned to the lineup after missing four games, and he and fellow corner Tremaine Brock were stout against Brady.

The Pats went 2-for-9 when targeting Brock, and he had two pass break-ups, and 1-of-4 when targeting Jackson, who also had a pass breakup. Safety Kevin Byard, one of the sport’s more underrated players, tied for second in the NFL with five interceptions this season. Tennessee might not have many household names, but it is talented at every level.

Linebacker Jayon Brown, who exited the New England game with a shoulder injury, proclaimed himself good to go for the Ravens game, a major boost for Tennessee. Brown is the highest-graded linebacker in coverage, per Pro Football Focus, which will be crucial against a Baltimore offense that throws frequently to its tight ends.

Another big factor Tennessee has going for it is Mike Vrabel. Some of the league’s best coaches are routinely outmaneuvered by Belichick, particularly in Foxborough, but Vrabel’s clock-killing strategy before he punted in the fourth quarter was a brilliant turning of the tables. He appears more than capable of matching wits with Harbaugh, arguably the league’s second-best coach.

Tennessee has one major question: quarterback Ryan Tannehill, who threw for just 72 yards against the Patriots. His interception and fumbled snap could easily have turned the game in New England’s favor. That said, he did make multiple huge plays when the Titans needed them. He hit tight end Anthony Firkser with a perfect throw for Tennessee’s first touchdown, and converted two huge third downs — one with his legs, another with a gutsy throw to Firkser.

The Titans’ winning formula is simple: power running, tough defense, and a quarterback who can make enough plays to win. They proved against the Patriots that they can impose their will on anyone, anywhere.

Baltimore’s offense, led by MVP Lamar Jackson, is all the rage, and the Ravens (14-2) are understandably heavy Super Bowl favorites. But don’t be surprised if the Titans prove that their version of old-school football is even better.