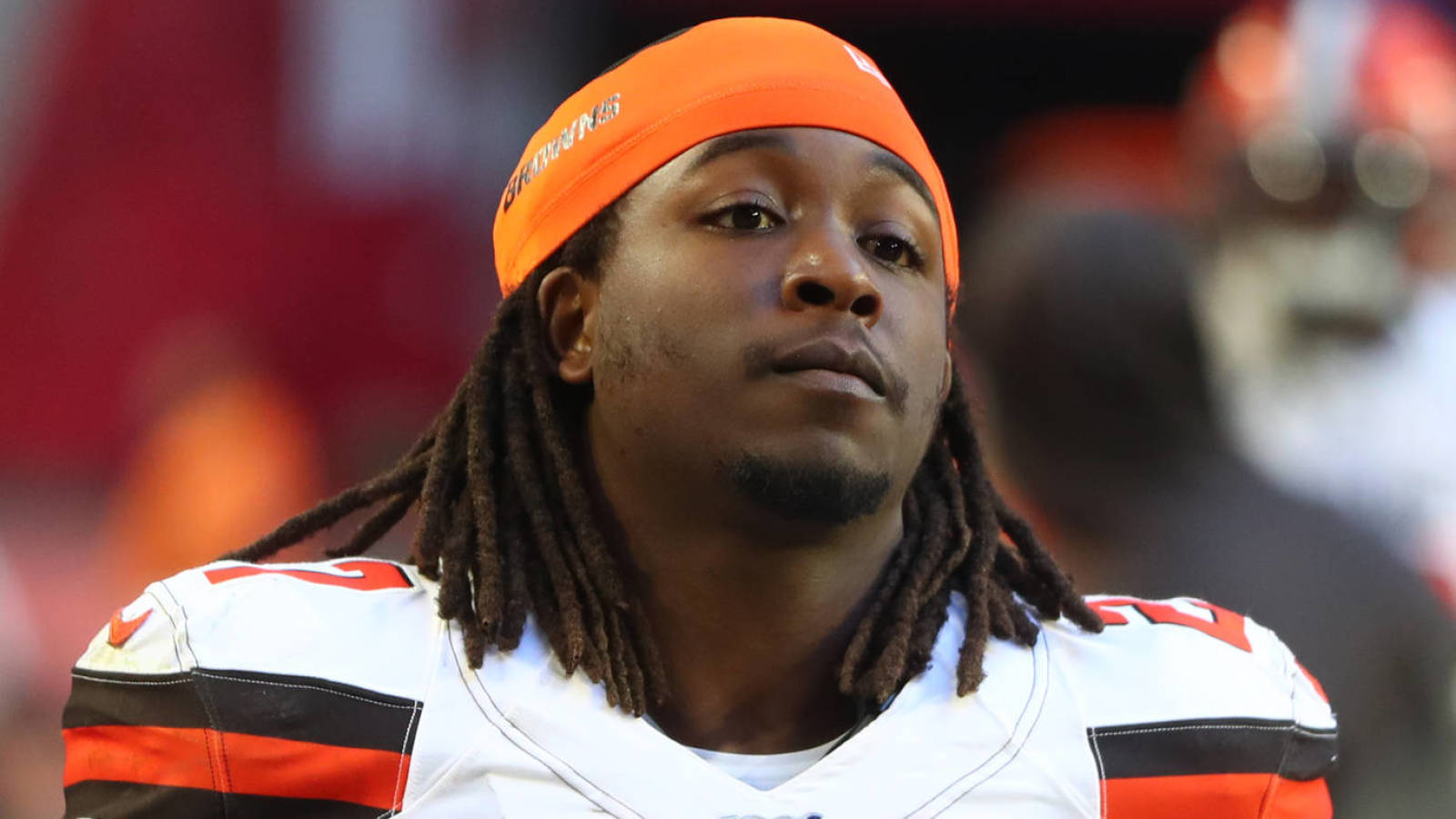 Kareem Hunt has to watch himself very carefully given his history of off-field trouble. At the very least, it sounds like the Cleveland Browns running back failed to do that when he was pulled over for speeding this week.

Hunt was stopped by a police officer in Rocky River, Ohio, on Tuesday afternoon, and a police report from the incident stated that “small amounts of marijuana” were found in multiple locations in his vehicle. Hunt was issued a citation for a traffic violation but not the marijuana possession, according to the police report.